Wayfarer
Web
OR
Thanks for contacting us. Your message was received.

Niantic Wayfarer Upgrades allow you to fast-track Wayspots you’ve nominated by reviewing others’ nominations. Reviewers are awarded one Upgrade for every 100 Agreements reached. When you earn an Upgrade, you can choose one of your existing nominations to upgrade. You can view your progress towards receiving an Upgrade on your Profile page: 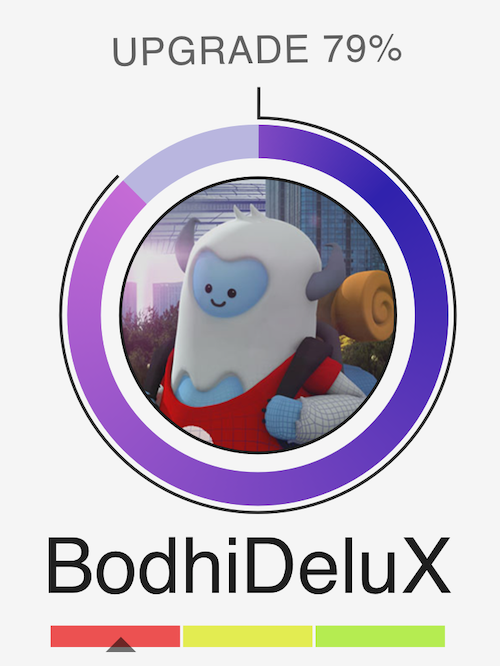 You can apply an Upgrade to a specific Wayspot nomination from the Nominations page. If no nomination is selected, then the Upgrade will be applied randomly. If an Upgrade is earned and there are no nominations available, it's saved for later use. If you have unused Upgrades and make a new nomination, then the Upgrade will be applied automatically.
You can only store a maximum of 10 Upgrades for future use, so be sure to submit a new nomination and redeem an Upgrade before you reach this limit. You will be notified on the Wayfarer homepage when an Upgrade has been awarded or redeemed, and you can see your upgrade history in the Nominations page.
Note: Upgrades only prioritize nominations for more timely analysis within Wayfarer; Upgraded nominations must still adhere to the same criteria as standard nominations to be accepted.

What exactly is an “Agreement”?
When your analysis of a nomination ultimately aligns with the decisions made by other Wayfinders, whether the nomination is approved or rejected, you will receive an Agreement. Agreements are currently shown as Nominations Accepted, Nominations Rejected, and Nominations Duplicated on your Wayfarer profile page.
Note: Reviews of Wayspot Edits are not counted as Agreements.
I don’t have any Wayspots to nominate right now. How many Upgrades can I save for future use?
You can save a maximum of 10 unredeemed Upgrades. Any Agreements you contribute to beyond that will no longer be tracked towards future Upgrade rewards. Don’t forget to submit a new nomination and redeem an Upgrade before you reach 10 available.
Can I choose the nominations to which my Upgrades are applied?
Yes, you can select one nomination to which an Upgrade can be applied. This can be done from the Nominations section of Niantic Wayfarer. If you have only one pending nomination, the Upgrade will be used on that submission automatically.
Is my Upgraded nomination more likely to be accepted?
No, Upgrades will only prioritize the nomination for a more timely analysis within Wayfarer. The selection criteria will not change in any way.
How long will it take for my Upgraded Wayspot nomination to be accepted or rejected?
There are many factors that play into the decision-time on any nomination, so it’s not possible to know how long it may take to reach a decision. Since your Upgraded nomination has been prioritized, rest assured that a decision will be made in a more timely manner than if it was not Upgraded.
Does Niantic Support directly review Upgraded Wayspot nominations?
No, Upgraded Wayspot nominations will go through the same review process as regular nominations, they will simply be processed in a more timely manner.
Can Upgrades be used for Wayspot edits?
No, Upgrades can only be applied to Wayspot nominations.
Can I be awarded Upgrades if my performance is poor?
Yes! If you contribute to 100 Agreements, you will receive an Upgrade regardless of the current status of your performance.
Last Updated: 645d • Permalink
ICP 2020026027-1