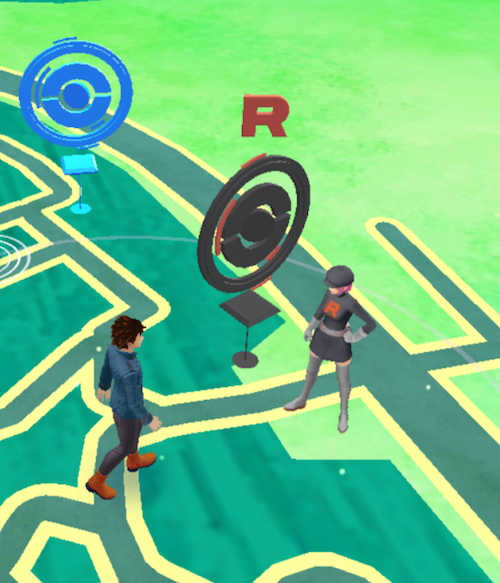 Tap on the Grunt to start the battle right away. You can also tap the Invaded PokéStop, spin the Photo Disk, then start the battle.
Team GO Rocket Battles work similarly to Trainer Battles. Select a party of three Pokémon and use their Fast and Charged Attacks to defeat the opponent’s Shadow Pokémon.
After winning a Team GO Rocket Battle, you’ll receive Stardust and a chance to catch a Shadow Pokémon they’ve left behind. If you lose the battle, you can choose to either rematch or return to the Map View.

In addition to battling Grunts, experienced Trainers can also take on Team GO Rocket's Leaders and their boss Giovanni. Read this article to learn how.
Last Updated: 28d • Permalink
ICP 2020026027-1