EX Raids are similar to Raid Battles except that they require a special pass to attend. These EX Raid Passes have to be earned, but you’ll have an opportunity to catch the some of the most sought after Pokémon. Additionally, if you earn an EX Raid Pass, you can invite one of your Ultra Friends or Best Friends to join you in the EX Raid Battle.

When you receive an EX Raid Pass, you have the option to invite a friend to join you.
Note: This feature is not available for users with child accounts. 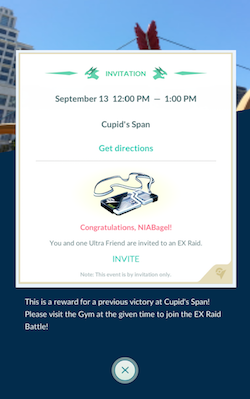 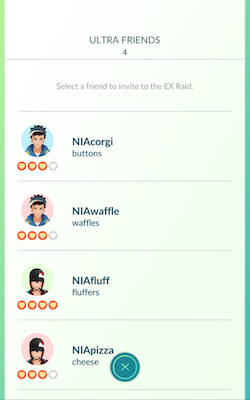 Trainers can only hold one gifted EX Raid invitation at a time. If you receive an invitation from a friend, you won't be able to receive another one from anyone else until you decline that first invitation or the EX Raid Pass expires.
Last Updated: 114d • Permalink
ICP 2020026027-1