Pairing and connecting to the Nintendo Switch

Once the connection is complete, the white Nintendo Switch icon will appear under the  Available Devices section. You can now send Pokémon to your Nintendo Switch.

After you’ve paired Pokémon GO to your Nintendo Switch, you can send Pokémon to the GO Park complex in  Pokémon: Let’s Go. Pokémon that you've brought from Pokémon GO into  Pokémon: Let's Go can’t be transferred back to Pokémon GO.

Once sent, your Pokémon will appear in the GO Park complex. You’ll earn Candy for each Pokémon you send as well as bonus XP. The first time you send a Pokémon to the Switch, you'll also receive a Mystery Box in your inventory.
There's no limit to the number of Pokémon GO accounts that can be tied to a single save file in  Pokémon: Let's Go. That means you're not limited to connecting with just your own Pokémon GO account. You can receive Pokémon from friends and family’s Pokémon GO accounts.

While transferring a Pokémon from the smart device app Pokémon GO to Pokémon: Let’s Go, Pikachu! or Pokémon: Let’s Go, Eevee! on Nintendo Switch, the app may not be able to resume the transfer if the connection is interrupted. However, users will be able to continue to play the game once they exit the transfer screen.
Important:
What to Do:
Uninstall the Pokémon GO app from your smart device and then reinstall it. Note: The Pokémon may become lost and cannot be recovered, as uninstalling and reinstalling the app would cause the transfer process to be stuck in limbo.
Best Practices:
While transferring Pokémon between Pokémon GO and a supported game on Nintendo Switch, we recommend the following to avoid interrupting the connection between the two:

The Mystery Box is a special item in Pokémon GO that temporarily makes the Pokémon Meltan appear more often in the wild. After you’ve used the Mystery Box, you have to wait another 7 days and send another Pokémon to the Nintendo Switch to use it again. 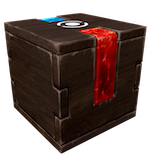 If you don’t have a Nintendo Switch, you can still obtain a Mystery Box and catch Meltan by sending Pokémon to a friend's Nintendo Switch game. Additionally, a friend with Meltan can also  trade the Pokémon with you.
For more information about Mystery Boxes and catching Meltan, visit  The Pokémon Company’s website.
Last Updated: 18d • Permalink