HPWizardsUnite
Web
OR
Thanks for contacting us. Your message was received. 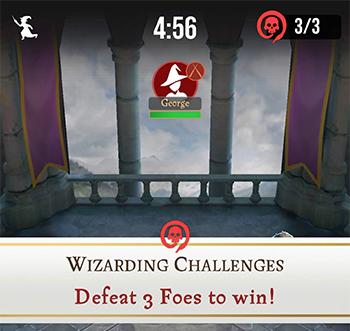 Before you engage a Foe in combat, you can use Focus resources to activate Strategic Spells that can impair Foes or enhance Teammates. Drag a Strategic Spell from the tray at the bottom of the screen to a player or Foe to apply it. Tap a Strategic Spell to see the description of its effects and the amount of Focus it will consume.

The Focus meter at the bottom indicates the amount of Focus you have. Strategic Spells consume Focus to cast before combat. You can replenish your team’s Focus by defeating Foes. 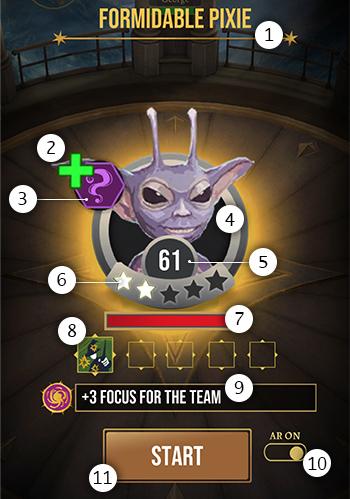 In combat, you must attack your Foe and defend against their attacks. To attack, press the screen and use your finger to drag your wand's target over the target icon. Once the meter is filled, cast the spell by tracing the glyph.

To defend, drag your finger across the arrow that appears on your screen before the Foe attacks. Successfully defending reduces the amount of damage you take. Use Potions to heal so you don’t run out of Stamina and get knocked out temporarily.
The battle ends when you or the Foe runs out of Stamina (measured by the health meter next to each opponent’s name).

Elite Foes are more challenging variants of the Foes you’ll face. You’ll know if you’ve encountered this unique enemy if their health meter is purple, and the 'Elite' title appears before their name (for example, Elite Erkling). Participating in higher difficulty Chambers increases your chances of encountering an Elite Foe.